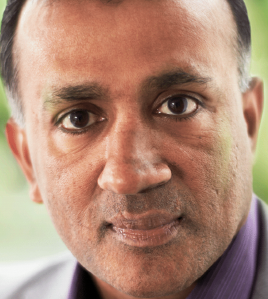 Chandran Nair is the Founder and CEO of the Global Institute For Tomorrow (GIFT), an independent pan-Asian think tank based in Hong Kong focused on advancing a deeper understanding of global issues including the shift of economic and political influence from the West to Asia, the dynamic relationship between business and society, and the reshaping of the rules of global capitalism. GIFT has pioneered an internationally recognised approach to executive education that has been presented in a report to the United Nations on Innovations in Leadership Development and featured in the Financial Times and Wall Street Journal. In addition to his work with GIFT, Chandran continues to provide strategic management advice to business leaders. In this regard he has been invited to speak to and advise global management teams at companies including HSBC, BASF, Bosch and PwC among others. He was also the Chairman of Asia’s largest environmental consulting company, growing it from a single office in Hong Kong to 22 in 12 countries. In addition, he is also a member of the Ex Comm of the Club of Rome and a founding member of the Club of Rome in China which was established this year. Chandran is a regular speaker at the World Economic Forum (WEF), APEC Summits, OECD events and various UN conferences. He is a member of WEF’s Global Agenda Council on Governance for Sustainability. His articles on topics ranging from economic policy to education frequently appear in leading publications such as the Financial Times, TIME, The Guardian, Huffington Post and The New York Times. He has also been interviewed on many leading global media networks including BBC, CNN, Al Jazeera, Bloomberg, CNBC, CCTV, Channel News Asia and Deutsche Welle.