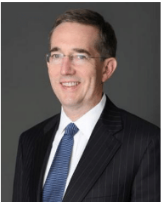 Robert T. Grieves is the FounderandChairman of Hamilton Advisors Limited, a strategiccommunications firm based in Hong Kong. Following a 12-year career in journalism forTheTimes(London) andThe Economist(both in Beijing), andTimemagazine andForbes(both inNew York), he has been a top-tier communications specialist since 1989.

He is a Governor of the American Chamber of Commerce in Hong Kong; Chairman of the Council of Public Relations Firms of Hong Kong (CPRFHK); and a member of the Hike for Hospice Organising Committee of the Society for the Promotion of Hospice Care (SPHC).