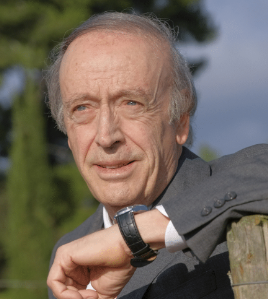 Miguel Torres was born in Barcelona, where he studied Chemical Sciences for 1 year at the University of Barcelona. In 1959 he moved to the University of Dijon, where he specialised in Oenology and Viticulture. In 1992 during a sabbatical year, Miguel studied viticulture at the University of Montpellier. Miguel joined the family business as a winemaker in 1962. Miguel is married to Waltraud Maczassek, his German wife who helped building up international markets. Together they have 3 children, of which 2 are working in the winery: Miguel as General Manager and Mireia as Manager of R&D&I, Manager of Jean Leon and President of the Miguel Torres Foundation.