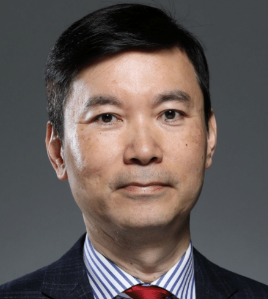 Philip Chan has a wealth of experience managing printer products and businesses across Hong Kong and mainland China. He also has more than 18 years of experience in the field of industrial electronics and building services projects. Before joining Canon Hongkong, Philip worked at a Dutch printing company Océ as General Manager, overseeing the printer business in Hong Kong and mainland China, the company was later acquired by Canon. Philip was appointed as Canon Hongkong’s Assistant Director of the Business Imaging Solution & Production Printing Group in 2013 and was promoted to Director and General Manager in 2015.

Philip is passionate about the imaging business because he believes that communicating through words and images is vital for connecting people. In 2014, he received the Canon Asia Marketing Group (CAMG) President Award for the tremendous sales of wide format printing system Arizona. Philip graduated from the Faculty of Engineering in the University of Hong Kong. He also received a master degree in accounting from Curtin University and a master degree in business administration from the University of Warwick.