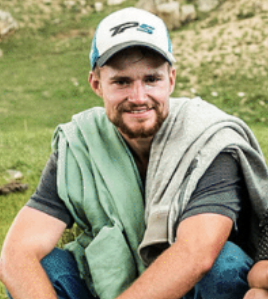 Set against the backdrop of one of the most incredible and diverse wildernesses on the planet, and in a world-first, Adam Rolston and Ron Rutland set a World Record for the longest golf hole ever played by trekking 2,011km unsupported across Mongolia, playing within the Rules and the Spirit of the game, set out by the R&A,  over 80 days. In what numerous golf (and adventure) pundits, describe as ‘undoubtedly the greatest golf adventure of all time’, the journey too became all about an unexpected 3rd guest – a dog named UB who joined the expedition on day 3, and walked every one of the 2,000 remaining kilometers with the boys, in what surely must rank as one of the greatest feats of canine endurance of all time!

Since the completion of the journey, a feature film “The Longest Hole: Golfing Across Mongolia” has been produced by adventure film marker Andrew King, along with the help and guidance of Adam Rolston. This film has been selected by numerous film festivals across the world and notably almost won the people’s choice award at Kendal Adventure Film Festival in November 2018.