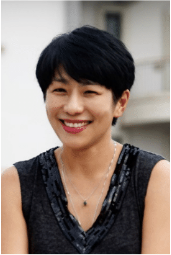 Judy Chan is the President of Grace Vineyard, one of China’s most highly regarded wine producers. She joined Grace Vineyard in 2002 and established and developed the family-owned winery’s brand, operations and marketing strategy. Under Judy’s leadership, Grace Vineyard has built a reputation for producing some of China’s finest wines and now supplies leading restaurants and hotels including The Peninsula, Park Hyatt, Shangri-la, Ritz Carlton, Four Seasons and Starwood.

Prior to taking up her role at Grace Vineyard, Judywas a HR Professional at GoldmanSachs. Since taking over as President at Grace Vineyard she has received a number ofawards and accolades for her achievements including:

Judy received a Bachelor’s Degree in Psychology, Women’s Studies and OrganizationalStudies from the University of Michigan, Ann Arborin the United States.